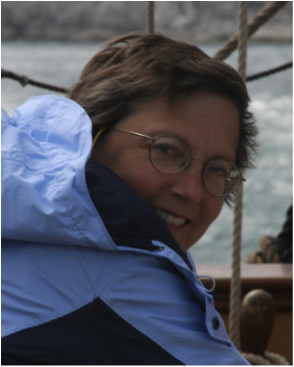 Mary became interested in genealogy in 2000 in anticipation of a sabbatical in Ireland where her husband was a Fulbright Scholar at the University of Limerick.  She was sure she would complete all her Irish genealogy while her husband taught at UL  and her children attended Monaleen school.  Fifteen years later, the genealogy is still a work in progress.  But the trip to Ireland awakened something deep in her Celtic bloodlines, the Irish tradition of the Seanachi, the storytellers and historians of yore.

Mary has published articles in Family Chronicle and Internet Genealogy.  She's currently working on a novel set in the San Francisco area in 1900 and 1901, based on stories of several of her ancestors and their associates which she discovered in her genealogical research.

Mary frequently lectures around the Seattle area.  Her husband's most recent sabbatical brought them to Sydney, Australia and while he taught at the University of Western Sydney, Mary spent her time swapping research strategies and methodologies with the genealogists at the Botany Bay Family History Society.


* Certified Genealogist (CG) is a service mark (sm) of the board for Certification of Genealogists® conferred to associates who consistently meet ethical and competency standards in accord with peer-reviewed evaluations every five years.